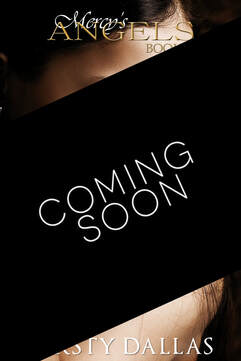 Gabriella Mendoza
When my husband disappeared, letting him go brought me to my knees, and for a moment I thought I might never get back up. I did though, and from the rubble of that pain I became stronger. Just when I thought I might be ready to allow someone back into my scarred heart, I saw him, my husband, and learned my grief had been based off a lie.

Daniel “Bomber” Jones
Building and detonating bombs tends to instill certain traits in a man. In me it created a plethora of patience, and hands as steady as a rock. It only took twelve days to tear apart that calm, patient man, leaving behind a shell. Our world as we knew it had been blown apart, we were fragmented, and the pieces scattered so far and wide I figured we would never find our way back.

Want to be one of the first to know when Letting Go is released? Subscribe to Kirsty's newsletter